Back in 2012 when we designed the Asylum Rx, we also designed a smaller head version of the razor that takes injector blades. We never produced the injector razor because it proved to be nearly impossible (and very expensive) to machine due to the tight radiuses. So...we put it on the back burner.

In the fall of 2021 when we decided to re-release the Asylum Rx, we also decided to re-examine the injector sized version. Since we switched manufacturing processes to precision metal injection, the possibilities were endless.

We are happy to announce that we have received the final prototype for the injector sized Asylum Rx and we have green lighted production. We hope to have the production razors in early July.

In order to get a perspective for how much narrower the head is, it helps to show it pictured next to the Artist Club sized Asylum Rx. Other than the size, the design of the two is essentially the same.

Like the Asylum Rx V2, this razor will be produced using 316L stainless steel. It is a bit lighter than the Rx weighing in at 99g and the shave is ever so slightly milder than the Rx. Due to the smaller head, it is more nimble than the Rx and is an excellent choice for those with a goatee. 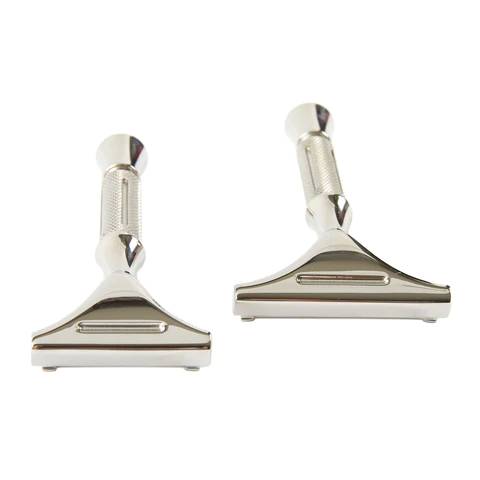 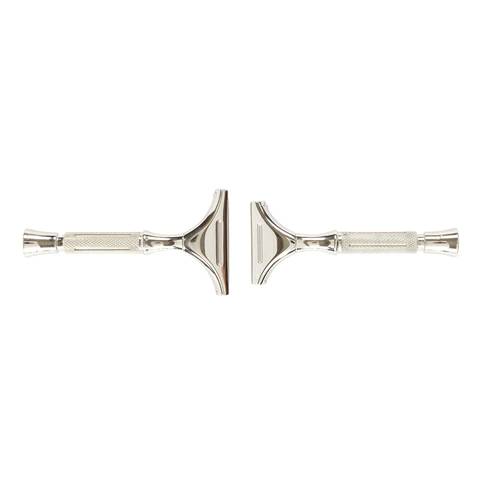 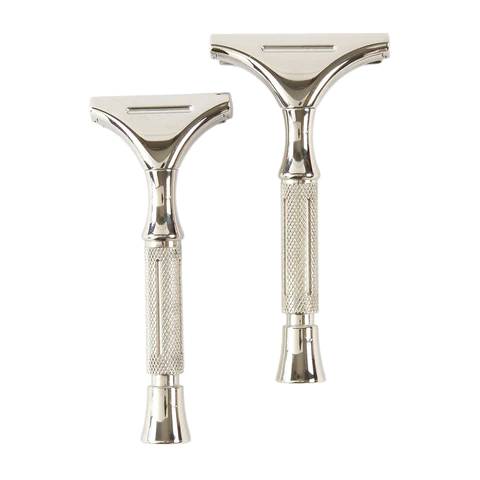